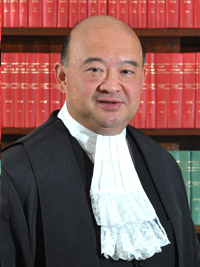 Chief Justice Ma was appointed a Recorder of the Court of First Instance from 2000 to 2001 before his appointment as a Judge of the Court of First Instance in 2001. He was appointed a Justice of Appeal in 2002, and became Chief Judge of the High Court in 2003. Before joining the Judiciary, Chief Justice Ma was in private practice in Hong Kong and in Singapore.